She was on a train, somewhere in The Rocky Mountains … 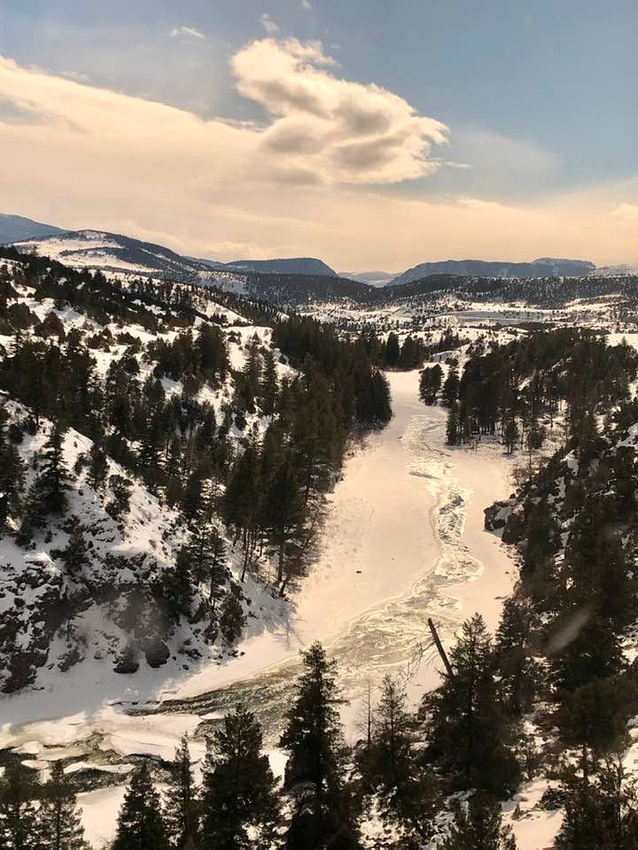 Sounds like the beginning of a story in the J. Peterman catalogue I know, but my train ride through The Rockies was by all means a highlight of my trip to (ultimately) Washington DC this month.

Unlike air travel, you get plenty of room in coach class on the train.  There are even footrests too!  You can really put your seat back and take a nap if you want to, but with this much beauty, it’s hard to want to, no matter how tired you’re feeling!

During my trip in mid-March of 2022, there were still Covid rules in effect, requiring all passengers and people inside the train station to wear masks.  This was the main encumbrance to enjoying the trip, but on the other hand, I didn’t get sick either.  So, there’s that.  I’m hearing that these mask requirements may be lifted in mid-April of 2022, but we’ll see.

At the time of my trip, the only passengers who were allowed in the dining car were sleeping car passengers, so one of the things you must do is pack a lunch.  I ended up buying some stuff in the train station in Grand Junction, such as yogurt, which I like to eat for breakfast, and some other snacks I could munch on throughout the day.  The train station in GJ is small and they do enforce the rules.

The train trip itself was incredible, and the sights were fabulous!  Most people really feel like they get their money’s worth just enjoying the scenery either from their seat beside the window (which I did on the way to Denver) or from the Lounge Car which is a glass-topped dome with views to forever.  I spent a few minutes in there between Denver and Grand Junction.  This is fantastic all the way across the mountains.  Most people who've seen it think it's some of the most spectacular scenery on earth.  Needless to say, this kept me busy with my cell phone camera the whole day.  I have no regrets. 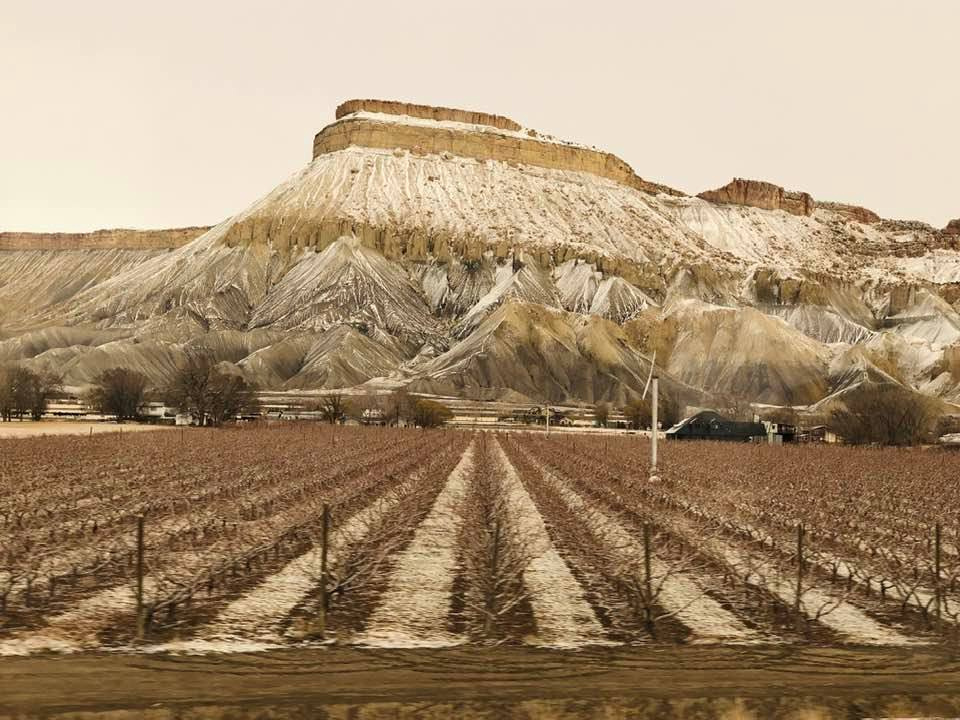 The train engineer also serves as a tour guide, and although mine were entertaining both ways, the guy on the way back from Denver did a fantastic job!  He’s a Colorado native who knows lots of local history and tells stories all the way.  I don’t want to steal his thunder, but here’s something you should know: some of this scenery is impossible to see any other way but from the train!  Unless you’re a very strong hiker perhaps, most of the scenery you can see from your Amtrak window is spectacular and unreachable through any other means. 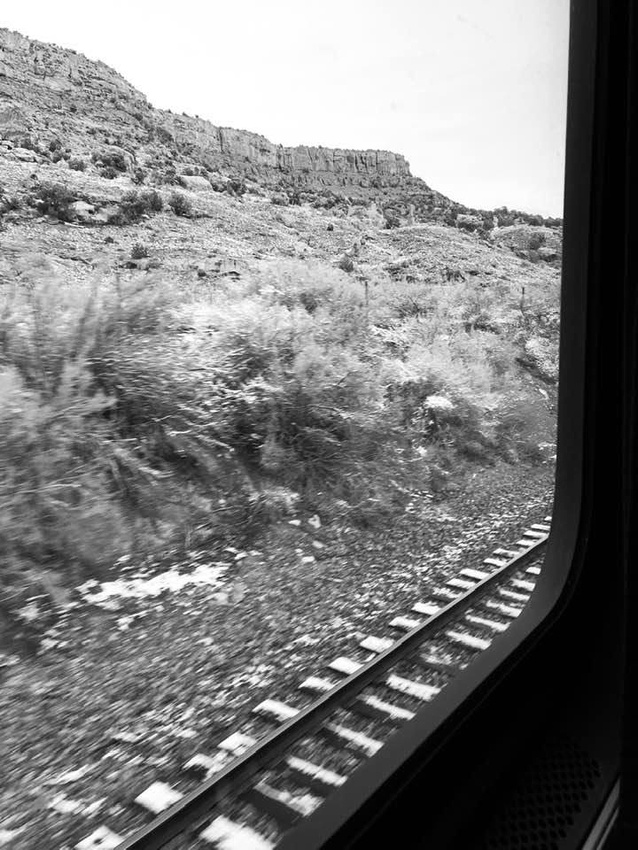 On the train, you ride through areas where there are no roads, no trails, and no other way to approach this spectacular scenery, other than by train.  On the tracks, you’re also somewhat elevated from where you would be either driving or hiking, which extends the view, much like people who like drone photography.  In a few places there are paved or unpaved roads.  We went through after a snowstorm, which made the scenery even more amazing, but one poor guy in a pickup truck spun out on the road somewhere far in The Rockies and the back end of his truck was down in the creek.  It didn’t look like he had been injured thankfully, but the emergency personnel were on the scene getting ready to tow him out when we passed by.

I’m sure that some people bring their fancy Nikons, Canons and Sony’s to these rides, but I felt my cell phone camera was sufficient for what I was doing, especially considering that all photos are taken from the window of a moving train.  In some ways then, you get what you get.  There are no long exposures, no real chance to do photo stacking, little chance of creating panoramas later.  By the time you capture an image, you’ve moved on to another equally amazing scene.  I’m embarrassed to say how many photos I took on this trip, so I won’t.

Our engineer pointed out that many cinematographers for movies and commercials have filmed locations from the train and some of the most famous photos of old have been taken from the train as well.  As I said before, there’s no other way to get these scenes.  If you’ve ever seen the famous photo of three tunnels that was used back in the day to promote Amtrak that photo was taken from the train of course!  I took a similar photo, but it only has one tunnel in it!  The iPhone camera has a pretty decent wide-angle lens in it, but I guess I was in the wrong place at the wrong time.  If you’ve scouted out the location, know when it’s coming up, where to stand, and when to click the shutter, you can probably get that shot too from the train.  It’s possible though that these professional cinematographers and their producers, paid extra to ride in the engine or to have special access.  I was riding coach.  From where I was sitting, you get what you get.  It’s still worth it! 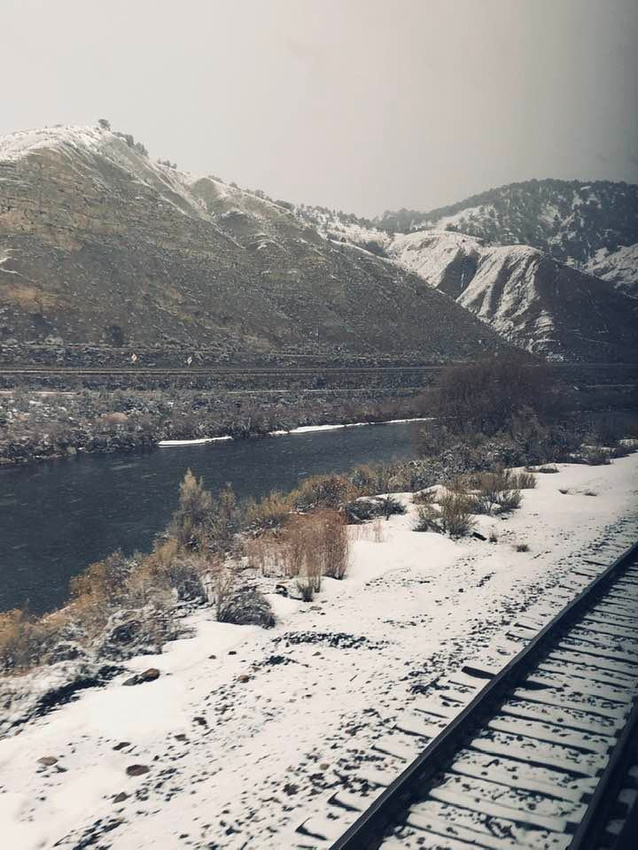 From a cost perspective, riding the train across The Rockies from Grand Junction to Denver makes all the sense in the world.  You can relax and not worry about driving over possibly icy mountain passes.  You’re deposited right at Union Station in Downtown Denver.  From there, you can catch another train to DIA if you’re flying out somewhere that evening, or you can rent a room at or near the train station in Denver and fly out the next morning.  You don’t need to call Uber.  The local train will take you from Union Station and drop you off at DIA.  It’s great!

Although it does add another day to your travel itinerary each way, it’s relatively carefree and the scenery is so spectacular, you’ll feel refreshed when you reach Denver or GJ or SLC or wherever you’re headed.  I’ll definitely take Amtrak again! They are offering something this year that is similar to the Eurail Pass, and that is a pass for $399 that allows you to ride several times during the year and the cost for the passenger is about $40 a segment.  Gee!  That's pretty good although I don't know what they consider a "segment" to be.  I would call a segment Grand Junction to Denver, but they may call it Grand Junction to Glenwood Springs, so that's something to check out.  As it is, I booked about 2 weeks out from my trip and I thought I got a pretty good deal. 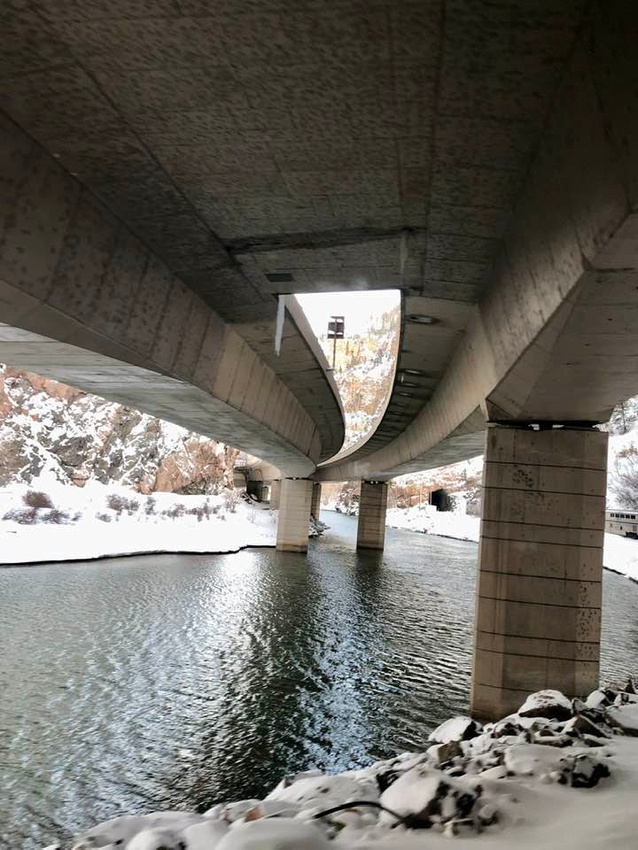 I actually wish they had trains that went north and south, for instance, in my virtual train world, you could ride from Albuquerque to Denver, and from Denver to Cheyenne, or you could ride a train from Phoenix to Flagstaff to Moab to Salt Lake to Boise.  They do run north and south along the coasts, and I'd like to see them in the interior of the country as well.  Bring it!

The Canadian Company known as The Rocky Mountaineer also has a train that runs on this track in the summertime.  You can board in Moab, Utah and ride it to Denver, or you can go the other way around.  I have not had the opportunity to ride that train, although I’ve heard it too is spectacular and a luxury trip.  It stops for one night in Glenwood Springs, Colorado, one of my favorite places.  It’s considerably more expensive than riding Amtrak. I paid less than $100 for a RT ticket on Amtrak and The Rocky Mountaineer is well over a $1,000 for the same trip, but it does include a night in Glenwood Springs at a luxury hotel.    The trains are a sleek blue color with gold printing on the side.  They run through Grand Junction, close to my home, and I have SEEN the train, but not ridden it.  I would love to do that sometime and compare the service, but I must say, I was perfectly happy with my Amtrak trip. 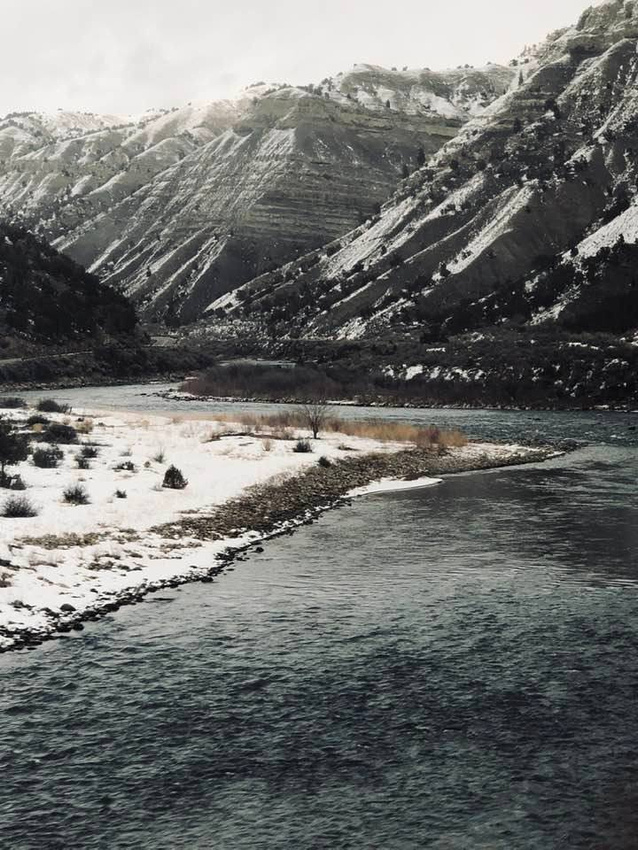 All of the photos associated with this article were taken with my iPhone X.