THE JOY OF PHOTOGRAPHIC MEDITATION 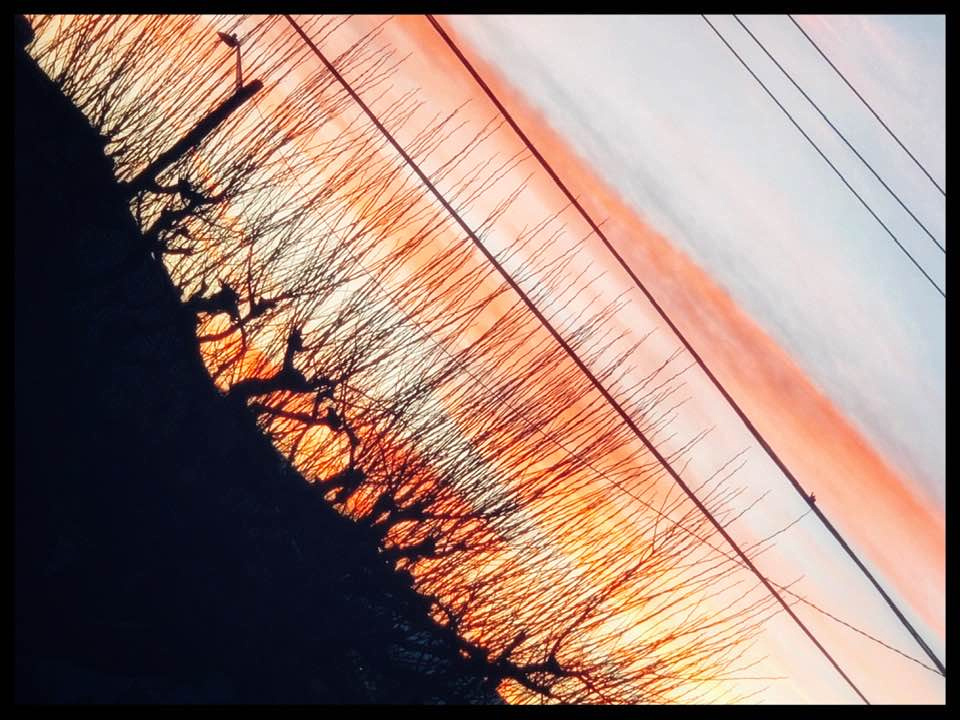 We had a very dry autumn season in Western Colorado.  Almost no rain at all, and no snow until after Christmas.  The temperature, likewise, stayed mild.  I was still eating lettuce out of my garden half-way though November.

With the fall color season behind me, and no snow to photograph either, I ended up staying home for most of the month of December.  We also had the great joy of being rear-ended by another driver near the beginning of that month.  It didn’t total the 4-Runner, but it did do $8,000 worth of damage to both the back and the front of the vehicle, since we were sandwiched between two cars during this event.  Fortunately, we weren’t injured, but we were without our trusted steed for almost the whole month of December.  We found out we didn’t have rental car coverage on our auto insurance either, so we had to rent a smaller car, rather than having the insurance company rent one that was similar in size to our usual car.  I discovered how much I hate little, tiny cars that sit a couple inches off the ground!  Many people in Grand Junction, where I live, drive large, pickups. (Ya, it’s a hemi) Every time I was riding around town with John, it seems like we inevitably ended up at a stoplight behind one of these giant trucks and their tailpipe was right at my level!  Anyway, my husband did the driving in December.  In fact, I didn’t drive at all or even go out much if I could help it.  It’s like, after our trip to Death Valley, I was in for the duration. Almost complete hibernation.

So, what’s a nature photographer to do? 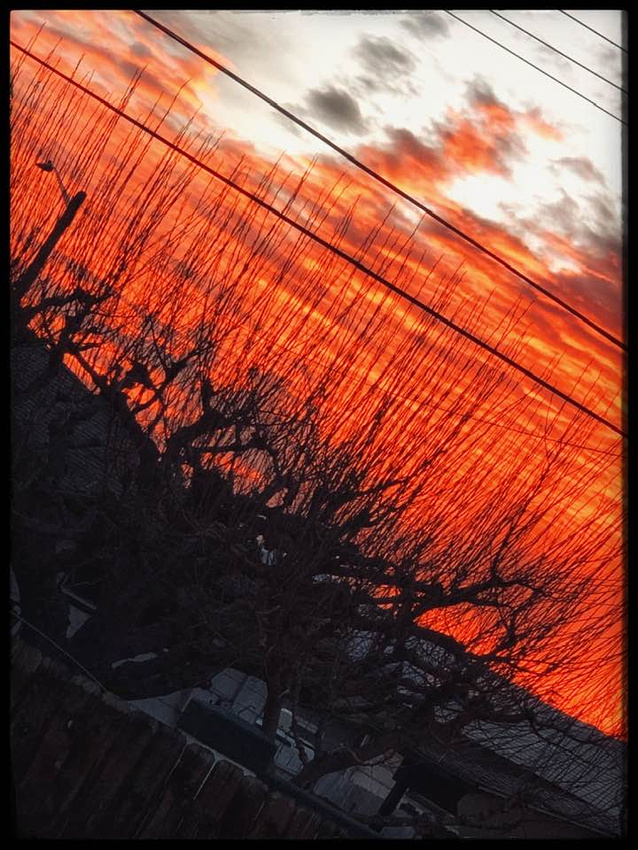 At earlier times in my life, I liked to sleep in.  I stayed up later and got up later.  But now, I’m usually awake well before sunrise.  This makes sunrise photography easy for me.  Over the years I’ve adapted my body clock to the sun, so I do also get tired earlier and go to bed earlier.  The upside of all this is that changing from daylight savings time to standard time and back doesn’t usually affect me at all.  I wake up a little before sunrise during all seasons.  In the summer, I usually go to a nearby state park to photograph the sunrise, but in the winter, I must admit, I don’t feel much like going out when it’s cold!

After putting the coffee on and feeding the cat (at his insistence!) I’ll often sit in a large set of windows we have that face east.  The sun rising over The Grand Mesa in the morning can be quite spectacular on some mornings.  Because “The Mesa” as it’s known around here sits at over 10,000 feet in elevation, it takes the sun at least 15 minutes longer to reach us than it would if it was just flat land.  Sometimes I tape my iPhone to the window and set it to do a time lapse.  I love that!  It’s so easy, and fun to watch the sunrise again later.  I set it up there for between 30 and 40 minutes and watch as the sky changes color and the clouds move – usually west to east – but sometimes the other way – if stormy weather is moving in or something.  The time lapses come out at between 30 and 40 seconds long and can sometimes be quite dramatic! 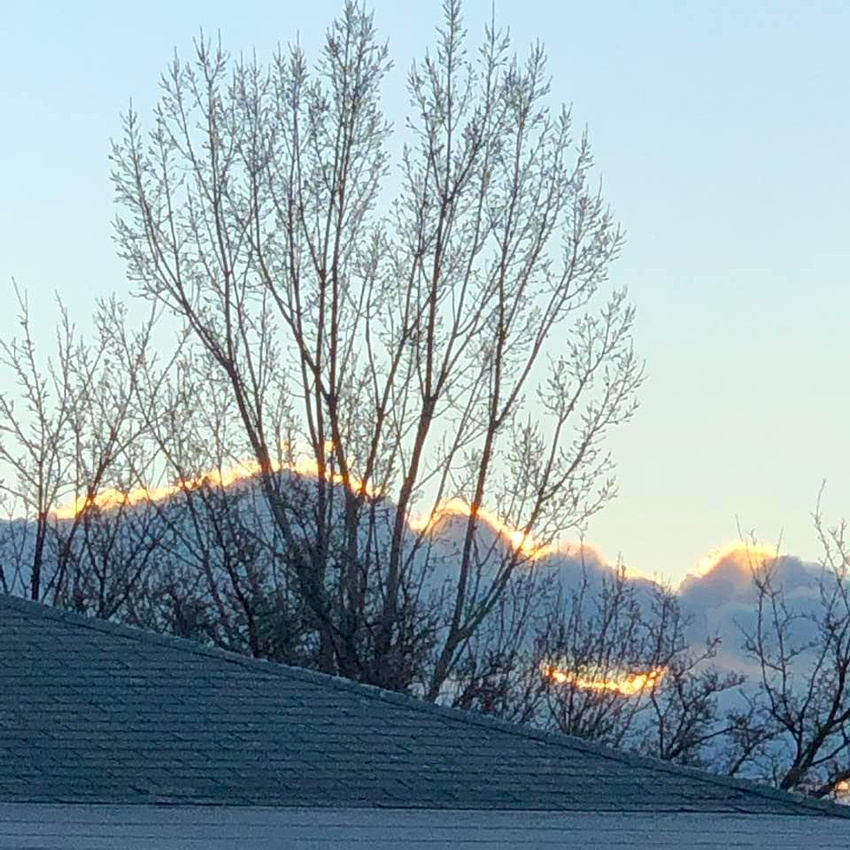 After I’ve finished with the sunrise time lapse, I turn my attention to how the light is coming in through the window and lighting up my little indoor winter flower garden.  Some days I photograph this, and other days I do my sun salutations and other yoga stretches while keeping my eye on the light.  We have a lot of sunny mornings here in Grand Junction!  Again, this can provide for an intriguing photo session that can last anywhere between 30 and 40 minutes.  I’ve found that the sun lights this northern wall in my house up through at least March before it moves farther north, and the light starts to come straight in through the window.  In December and January, the sun is quite far south though.  For this reason, my time lapses rarely show the sun itself.

I’m super grateful that I have the time now to spend on these kinds of meditational pursuits!  While waiting for sunrise and watching the light move across the flowers and the wall, I’m able to spend time in meditation and contemplation, which is a great way to start the day.  Sometimes it does feel like I’m not getting anything done, or that I’m not contributing anything to the good of the planet, but deep in my heart I know this isn’t true.  By spending time this way, I’m being the peace I wish to see in this world.  I take this peacefulness with me into the rest of my day. 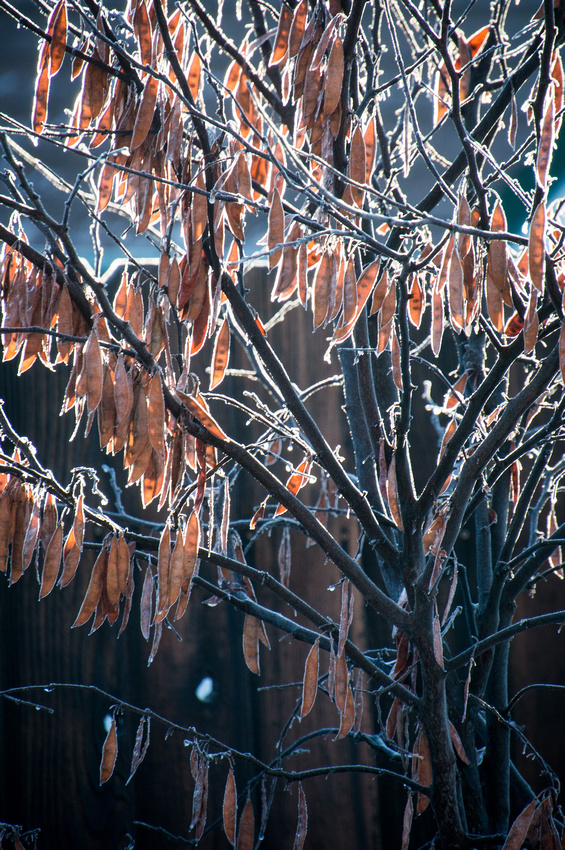 Right now in history, it’s seeming like there’s a lot of division in our society.  Everyone is picking their side and sticking with it.  What I would like to suggest is that at the deepest levels, we are all one. Some people don’t realize they’re all part of The One just yet and are still focused on division and separation.  It’s sometimes hard not to be focused on that, especially with the media being as intrusive as it is.  Perhaps I could also suggest that just like some people have one day in which they don’t eat meat, maybe we could all have one day in which we forego watching the news!  Just a thought.

Anyway, maybe the next time you’re up early in the morning, try this form of photographic meditation and contemplation.  Just use your cellphone.  That’s what I usually do, although the photo of the redbud tree was taken using my Nikon.  Some days are just too good not to take the big camera out!  But you can certainly make a beautiful photo using your iPhone in your own backyard.

And one more thing:  On those early mornings, if you think of it, think of me.  Just for a moment, recognize that you are not alone in your sunrise meditation.  We’re all in this together. 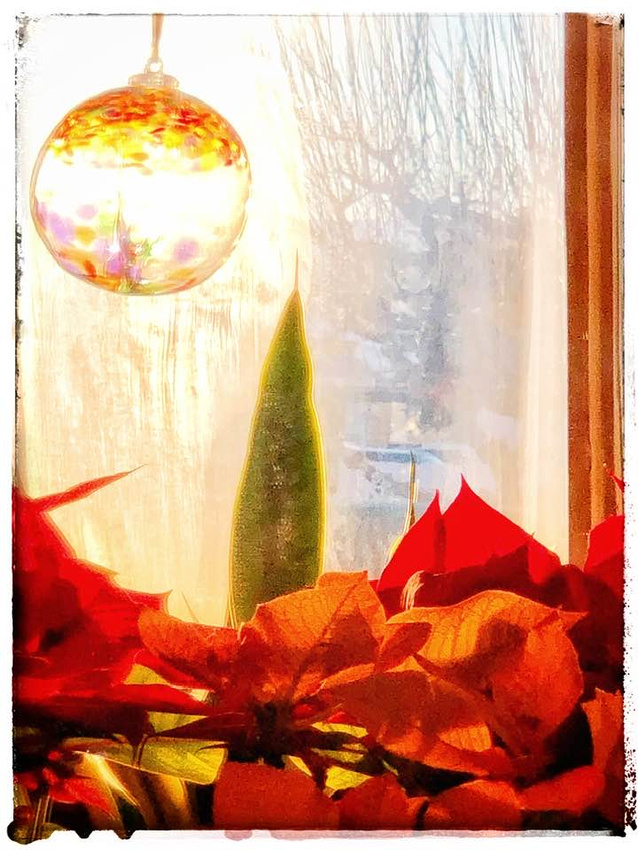