No, Colorado isn’t necessarily known for it’s “Great Lakes.”  We’re mostly a mountain and stream kind of a place.  I went through five years of photographs looking for lakes that I though photographed well.  Some of these lakes are so small and so off the beaten path that you can’t consider putting a motorized vehicle on them.  They’re mostly for fishing and camping beside.  There’s some real beauty out there so let’s get started!  Also, since it’s so hard to narrow down to My Five Favorites, here’s a list of five that I like.

Blue Mesa is the largest body of water in Colorado.  It was originally dammed in the 1960’s and it’s nearly 20 miles long, following the path of The Gunnison River.  At least one town was completely flooded and at this time, the water levels are so low that people are reporting that old buildings – a gas station, a house, a small store … are now visible at times.  You can walk out to them. I haven’t seen this myself, but I have heard it reported.  The lake is situation to the south of Gunnison and Gunnison is the closest city to the lake.  I’m including some of the pictures I took one afternoon as I was on my way to Crested Butte.  I was really intrigued by the reflections in this very still, blue water and the abstract patterns that emerged.  Lots of activities take place at this reservoir including fishing, camping, and boating, both motorized and non-motorized. 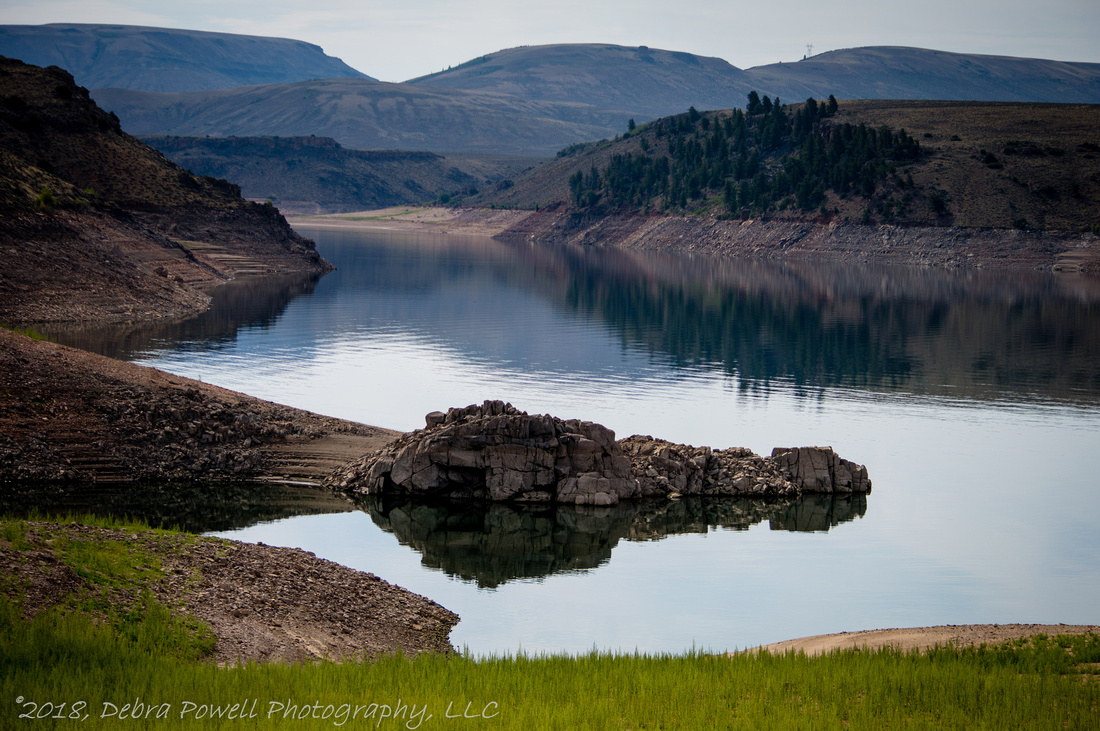 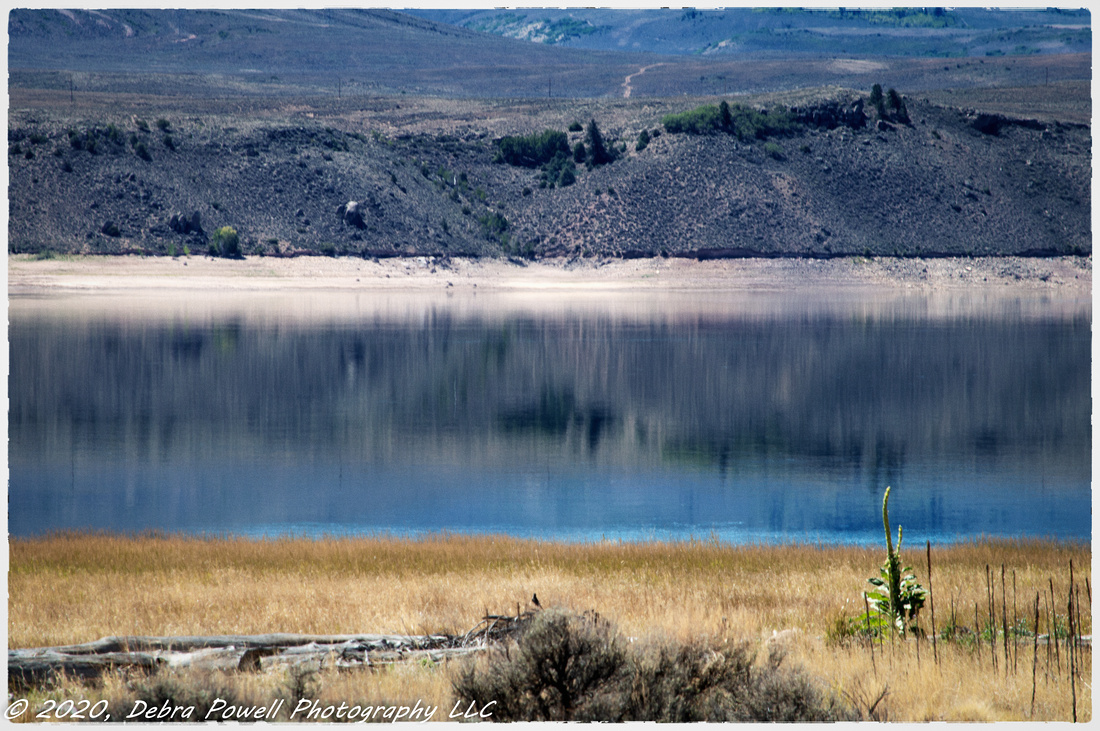 090420 Circle of Reflection 1The is Blue Mesa Reservoir, the largest body of water in Colorado. It supplies water for electricity and irrigation throughout the southwestern United States. This mid-day reflections make for interesting abstracts.

Connected Lakes is a section of The Colorado River State Park that runs along the Colorado River near my current home in Grand Junction.  Small dams have been created that help divert water from the river to irrigation ditches in the area.  These small lakes and their adjacent parks are lovely oases in the surrounding desert.  You can fish at Connected Lakes, but there is no camping allowed at this section of the state park.  Unmotorized boating and fishing is allowed.  Long after the aspen have lost their leaves, the cottonwoods at Colorado River State Park, Connected Lakes, is still going strong.  Time to move down to a lower elevation! 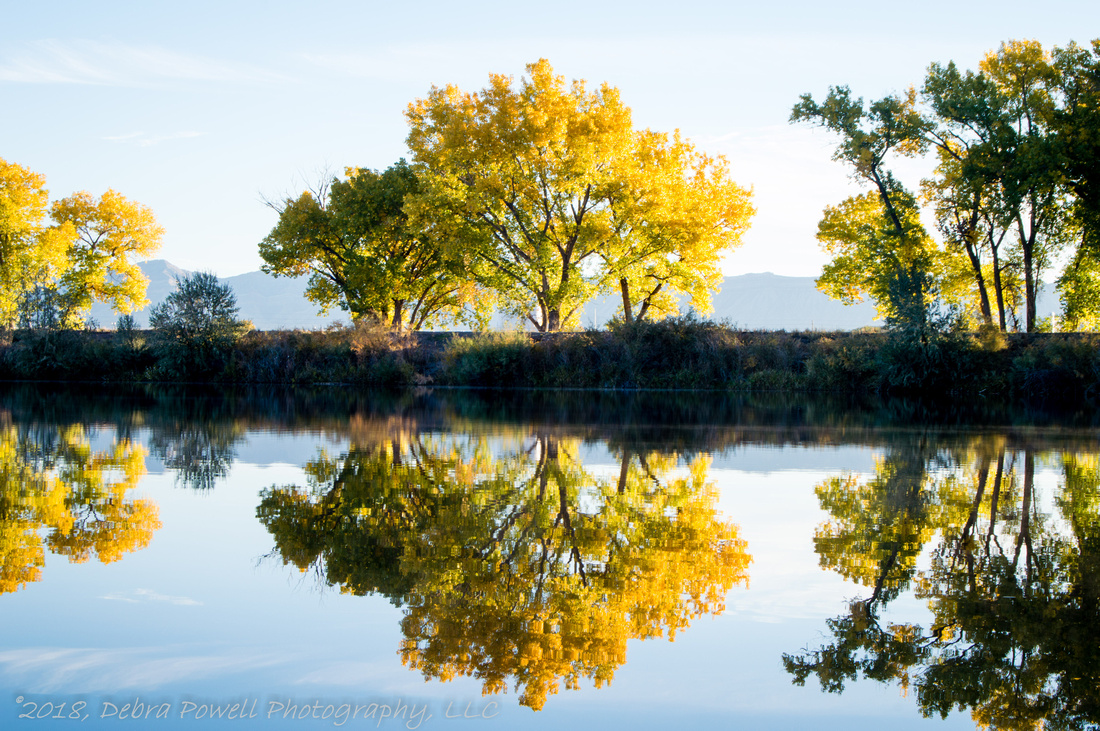 OK, I admit I’m partial to this suburban lake because I lived beside it for 14 years.  The lake is privately owned by guy who runs a waterski company, but as residents, we were allowed to use the if we signed an “Opt-in Agreement”, which I did, so I could paddle my canoe around the lake.  I spent too many evenings on my front porch or in my living room, looking out the window at this lake.  I decided to move to Colorado’s western slope when I retired to have closer access to all the national parks in Utah and Colorado.  My new location is perfect for a nature photographer, but I must admit I miss “my lake.” 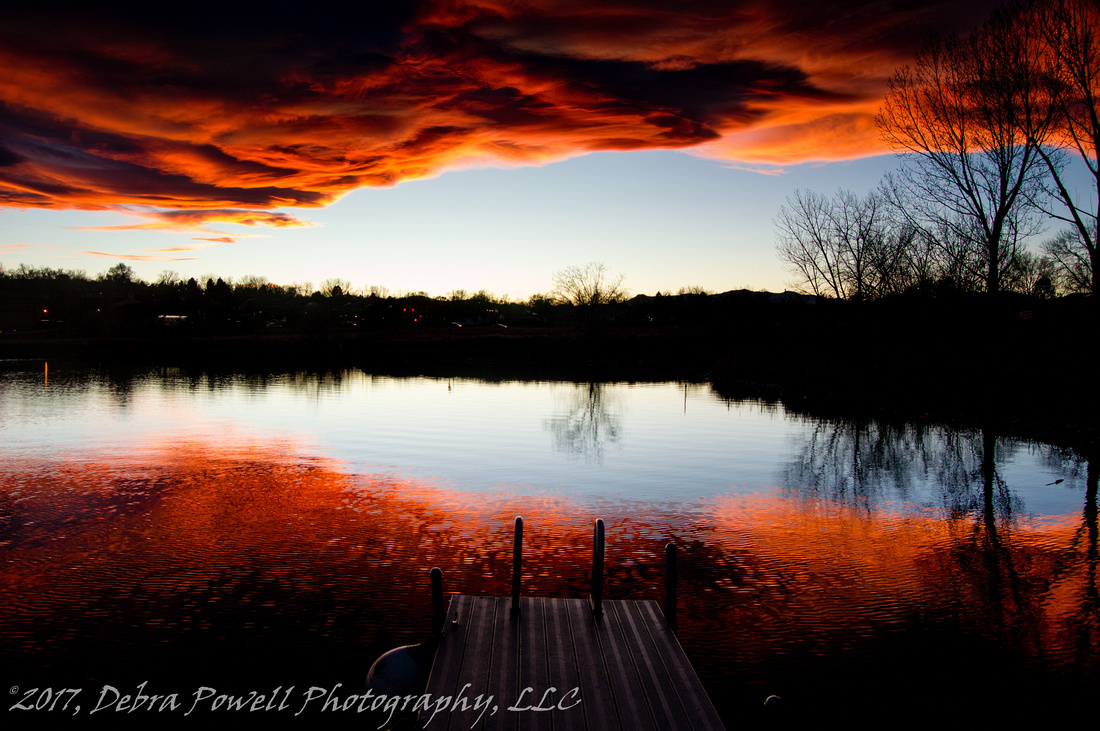 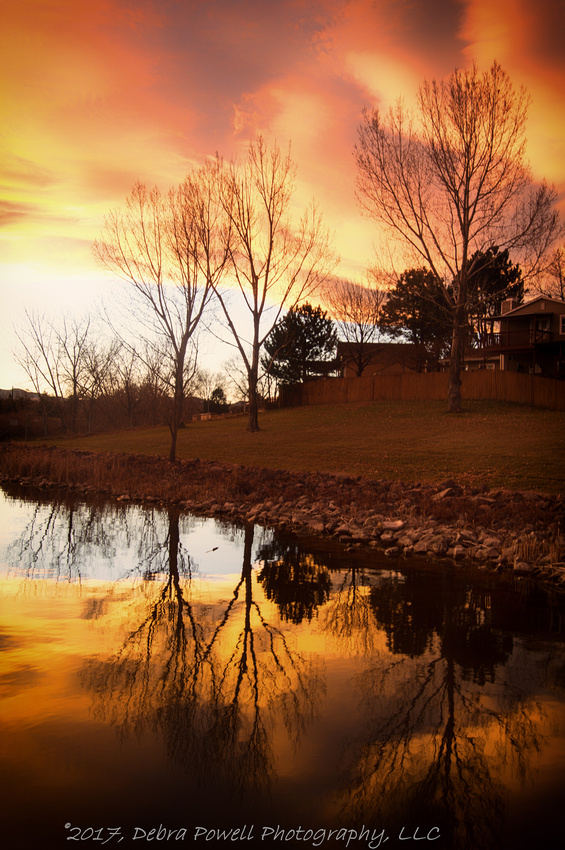 Two for the price of one!  Lake Granby and Grand Lake are both located just outside the western border of Rocky Mountain National Park.  The yacht club up there lays claim to being the highest private yacht club in the country at just over 8,000 feet in elevation.  Lots of recreational activities take place at both Lake Granby and Grand Lake, including boating, fishing, hiking around the lake, camping and the usual activities.  Plenty of dining, lodging and camping is located nearby. 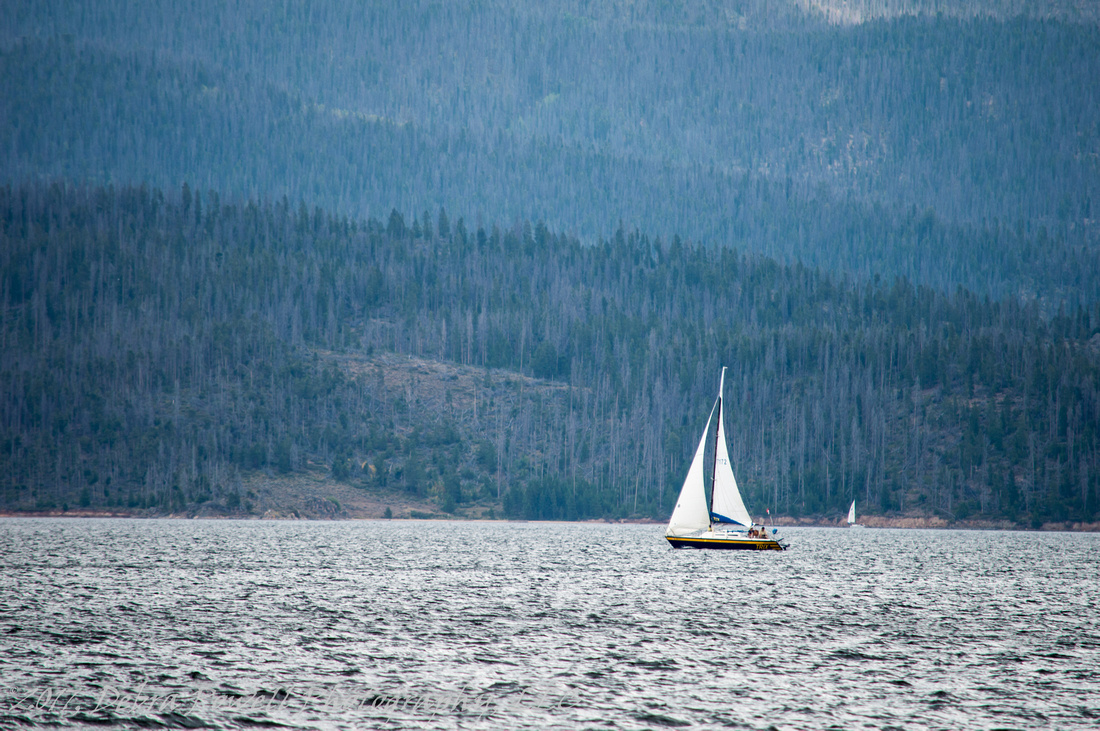 I have no idea why this small lake is called Priest Lake, but there is an old cabin nearby, which, who knows?  Maybe a priest lived there.  Since this lake is actually a small dam, it’s possible that there was no lake here when the cabin was occupied.  I was mostly attracted to it because Priest is my maiden name, but there is no relation that I know of.  There are a couple of camping spots located here, maybe five or six.  It’s pretty rough, disbursed camping.  It’s located about 30 miles south of Telluride.  I think it’s one of the most beautiful little lakes I’ve ever seen.  I got there just a little late to see the aspens in color, but it was still remarkably beautiful. 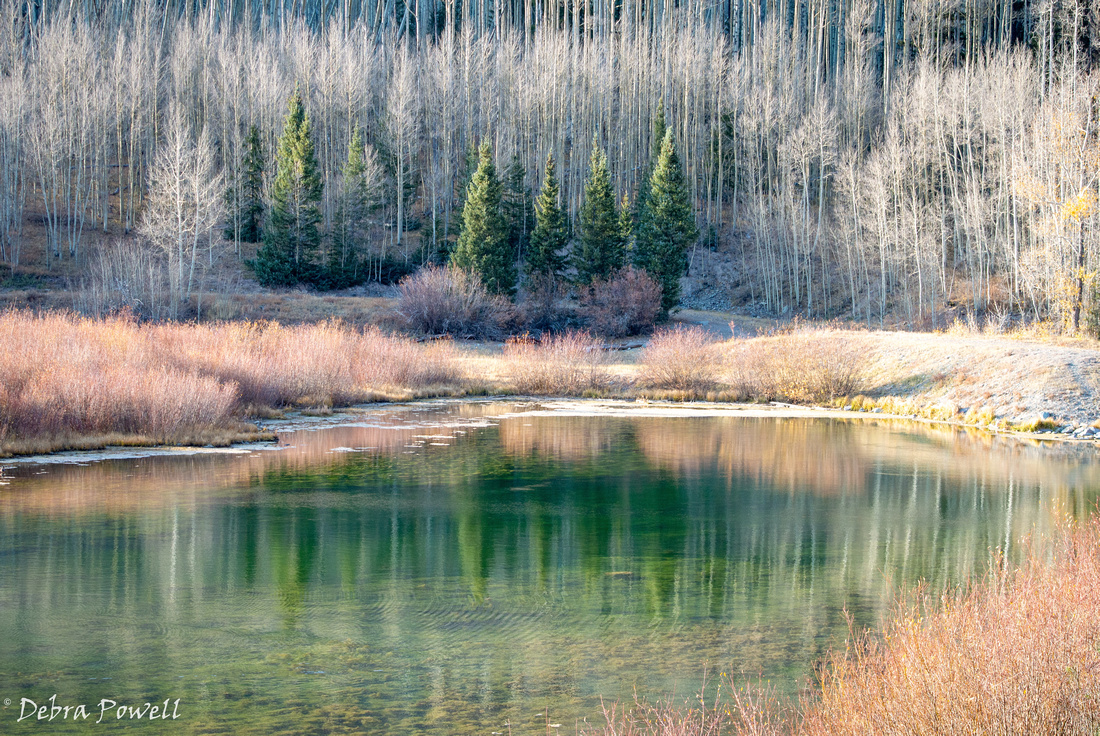 So, there you go, five incredibly beautiful lakes in Colorado – a place not known for lakes! To see more beautiful Colorado lakes, take a look at my gallery entitled "Colorado Lakes".