Of all the national parks, Rocky is the one where I have spent the most time by far.  When I was still living along The Front Range, it was just a hop, skip and a jump from home.  I think I’ve been there in every season!  Yes!  Even in winter!  Rocky Mountain National Park is 415 square miles of alpine and subalpine splendor.  Filled to the brim with scenic views at every turn, spectacular fields of wildflowers in the summer, and great wildlife viewing year-round, but especially in the fall, when the “rut” occurs.  Huge herds of elk fill the valleys and montane with sights and sounds you’ll never forget.  You can also find large herds of deer and Rocky Mountain Bighorn Sheep.  With over 300 miles of hiking trails, it can keep a photographer very busy for a very long time.  One of the first photography workshops I ever attended took place in Rocky Mountain National Park in winter.  We got up in the middle of the night and hiked up to Dream Lake for sunrise.  It was an adventure, to be sure, but I just about froze to death! In spite of wearing two layers of gloves with hand warmers tucked into them, my fingers were so frozen I couldn’t feel them on the shutter of my camera!  One lady fell through the ice and into Dream Lake.  I don’t even want to imagine how she felt.  I took one picture and just wanted to get off that mountain!  On the way back down, the trail was so snowy we couldn’t tell where it was, and at one point we fell off the trail and landed in a huge snowbank.  Getting out and back on the trail was quite a challenge. I had fun and I don’t regret doing it, but when I hold a winter photography workshop in Rocky, we won’t be hiking to Dream Lake in the middle of the night!   There are other, equally beautiful locations that are more accessible in winter.  Just sayin’.

These amazing dunes are the tallest in North America!  That’s right:  Taller than White Sands, taller than anything in Death Valley, and taller than any of the dunes at any seashore in North America.  This park is open 24/7, year- round.  Backed by The Sangre de Cristo range in the southern Rockies, the landscape surrounding these dunes is remarkable in it’s own right.  In the springtime, those Colorado fourteeners are capped with snow, which melts into seasonal Medano Creek, creating an awesome nearly tidal-like effect known as “surge flow”.  The melt water surges and then builds up again and then surges again while heading down the hill.  May is the peak time for visitors, where people ride sand boards down the dunes, and play in the creek.  But it’s equally beautiful and more serene in summer, when the entire San Luis Valley blooms with yellow prairie sunflowers,  rabbit brush and sage.  I’ll be offering a summer photography workshop there the first weekend in August.  We’ll also spend some time in Alamosa and some of the surrounding areas. 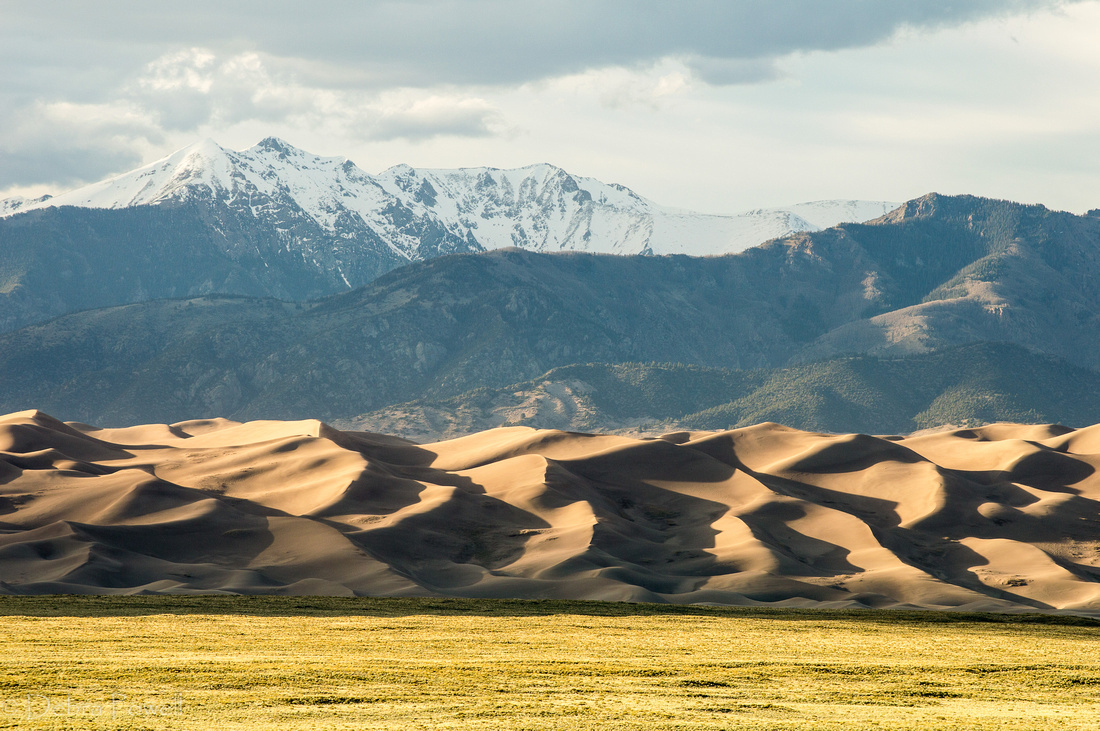 Deep, steep, and narrow, The Black Canyon of The Gunnison holds some of the steepest cliffs, oldest rock, and craggiest spires you’ll find anywhere.  The Gunnison River has been sculpting this rock for two million years.  Sitting in the presence of this work of wonder is mind boggling and you can practically feel the pulse of time as it flows through the canyon.  This is the place to just sit and be.  Many photographers avoid this park, because it’s very difficult to capture beauty in the direction of DOWN.  Fortunately, I’m not that freaked out by ledges as long as there’s railing, which in this case, there is.  In certain light you can definitely see how The Black Canyon got it’s name.  It’s dark and nearly black in the shadows.  But when the sun hits the canyon walls the colors in the rock light up and it’s like looking at a psychedelic painting.  There’s also plenty of minerals and even some semi-precious stones in the mix, like ruby, which sparkle and glow in the right light.

This place is seriously like a wonderland.  Home to over 2,000 natural sandstone arches, including the most famous arch of them all, Delicate Arch, which is pictured on the Utah license plates.  The red rock pinnacles, spires and fins glow crimson in the light of the setting sun.  Magical dragons of yore appear and disappear in shadow form over the rock canyons and walls.  In the winter months, the days are short, but the light is spectacular.  People flock to this park to take advantage of it’s international dark sky park status.  The number of stars that can be seen here at night will floor you!  I’m offering a weekend workshop in Moab in mid-November.  I suggest you plan to spend another day or two exploring this park, since we won’t be doing any photography in here during that weekend.  Moab has tons of other nearby beauty, but I can’t recommend this park highly enough! 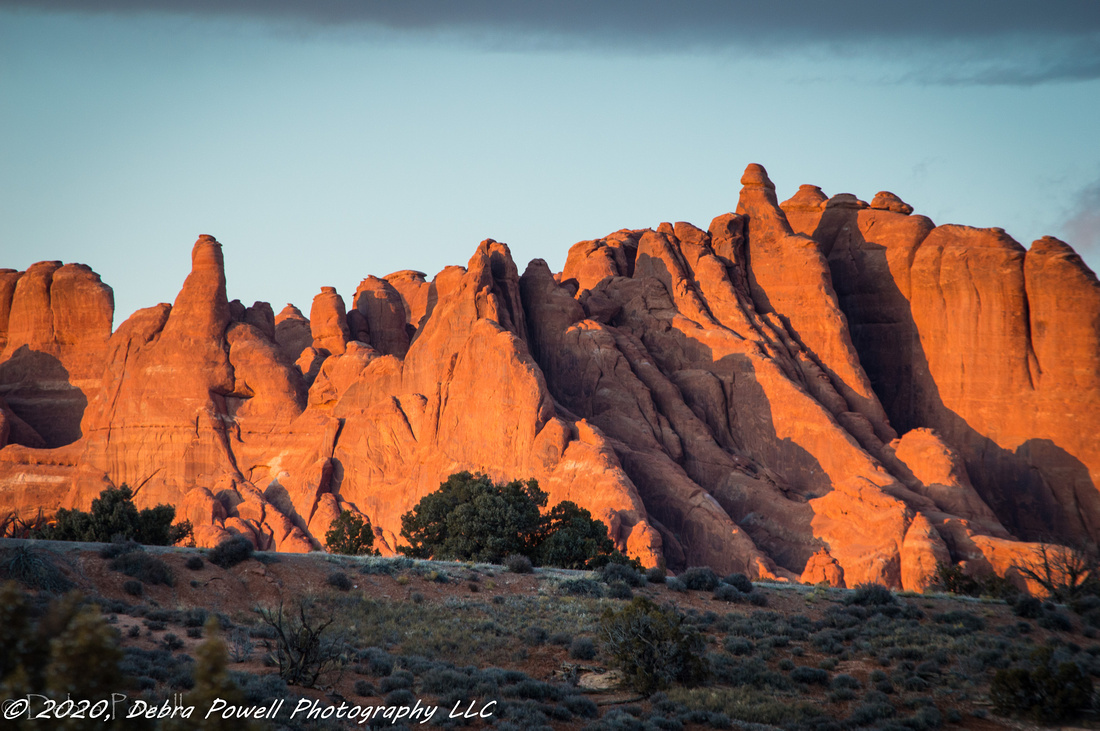 As long as you’re in Moab anyway, this is a don’t miss natural phenomenon!  This dramatic desert landscape has been rightfully compared to The Grand Canyon in places and has been carved by the same forces of nature for millions of years.  The Green River and The Colorado River converge near the south end of The Island in the Sky district and they’ve been hard at work there for a very long time.  The Island in the Sky district is a huge, flat-topped mesa dotted with extraordinary panoramic overlooks. I think I could stand at the end of Green River Overlook every sunset for the rest of my life and never tire of it.  Once again, although we won’t be spending any time in this park during the Moab workshop, I highly recommend you check it out.  Stay another couple of days and immerse yourself.  You won’t regret it. 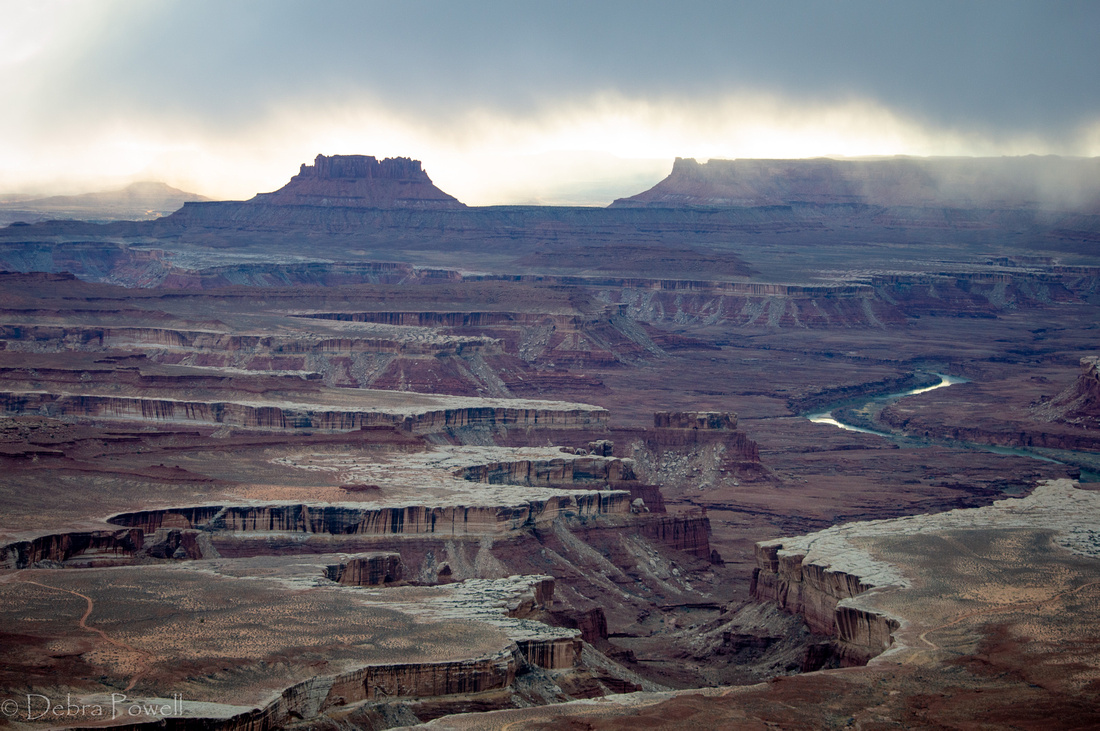 So there you have it.  My current Top 5 picks for National Parks.  Over the next year I plan to visit some other parks, specifically, Death Valley National Park in California.  I’ve become a regular desert rat! desert beauty is subtle, mystical and oh- so- cleansing.