I’m generally pretty good at planning things and I’m able to coordinate details down to the minute sometimes.  While this has always been one of my strong suits, I’m not 100% with it, and this excursion was my time planning failure for sure on this trip.  My original plan was to visit this park at sunset before we made it to Las Vegas.  We drove through Utah at near-record speed trying to make it to Valley of Fire, hopefully, a couple hours before sunset.  Not possible.  It takes 7 hours to drive from my home in Grand Junction to Valley of Fire State Park in Nevada.  We had to stop for Bio breaks and gas, so that extended our time in Utah and there just wasn’t any more daylight the evening we arrived.

Also, it’s a longer drive off the interstate to the park than I realized.  It takes about 30 additional minutes to get to the park once you leave the highway.  It’s a narrow, two-lane road too, so you can’t get up any real speed as you’re chasing the last light of the sun, as I was.  Don’t worry.  I wasn’t really speeding.  My roadie (read:  husband) has an app on his phone that allows him to watch my speed of travel and he lets me know if I’m speeding.  So irritating!

Anyway, we arrived at the east entrance to the park just as the sun was dropping behind the horizon.  There was no one working the gate, but there was a place to pay your entrance fees.  You can just write a check or pay $15 cash to get in.  I don’t carry cash anymore, so I wrote a check.  I dropped the envelope with my payment into the box and turned around just as the sun dropped behind the horizon.  I had lost the light!

With great frustration, I turned around and went back the way I came.  If I were the right kind of diehard, I would have set up my tripod and done some night sky photography.  This is a great place for it, being at least 50 miles northeast of Las Vegas.  Instead, I drove to Vegas in the dark after stopping for a gourmet McDonald’s cheeseburger.  Yep, my roadie and I sat in the McDonald’s parking lot, eating our poison of choice for dinner, and looked across the road at Criss Angel’s pizza restaurant.  I wondered what happened to him.  Back in 2007 or ‘08 when I was last in Vegas, Criss Angel was literally scaling the walls of buildings out there.  I saw him doing it when I was there, and then he had a TV show for awhile where he did stuff like that.  I think he’s still an entertainer, but he also has a pizza restaurant in beautiful downtown Overton, Nevada. Who knew?

Some less determined people would have just called the whole visit to Valley of Fire off at this point, because it simply didn’t fit into the time I had available.  But, I’ve wanted to visit this park since at least 2015, when I attended a photography conference in Moab and one of the presenters there showed her photos of Valley of Fire.  One thing I can’t stand is to be thisclose to my dreams and just not able to make them happen.  The struggle is real!  So after leaving Death Valley National Park, we drove for a couple hours and stopped at Valley of Fire again.  We got there in mid-afternoon.  Ah!  Much better.  We entered through the western entrance, and there was someone there to take our money, give us a brochure and ask us if we had any questions they could answer. From there, it was a short drive to The Visitor’s Center, where we stopped in for a few minutes and bought some t-shirts and other schlotzkies at the store there.  Then, we headed out for a drive around the park.

We spent a couple of hours at the park this time.  All I can say is, the colors of the rock in this park are truly amazing!  Except for the other tourists, it was ideal.  I took a short hike at one point to see some petroglyphs, but mostly, this is a driving park.  This place has the feel of a national park, but it’s owned and operated by The State of Nevada.  The lady at the toll booth told us that lots of people try to present their national park card, hoping for free admission, but this is not a national park.  It is a U.S. National Landmark, and has been a state park since the 1930’s.  It’s the first state park of Nevada.

Following are a couple of photos I took while we were in the park.  If I get a chance to go back, I definitely will, and I’ll spend more time next time.  The stuff we saw during our afternoon in the park barely scratches the surface of what the park has to offer.  I would recommend anyone to see this beautiful place and to spend a whole day there if possible.  Pack a picnic lunch. 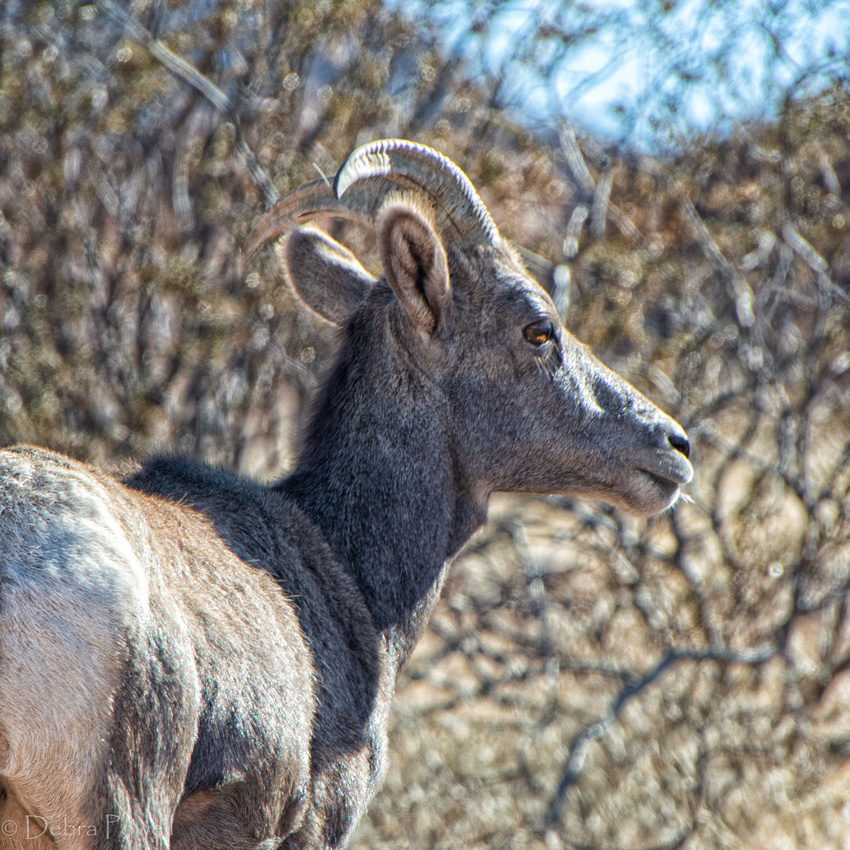 DESERT MOUNTAIN GOAT AT VALLEY OF FIRE STATE PARK, NEVADA  - THIS GOAT HAS FIRE IN HER EYES! 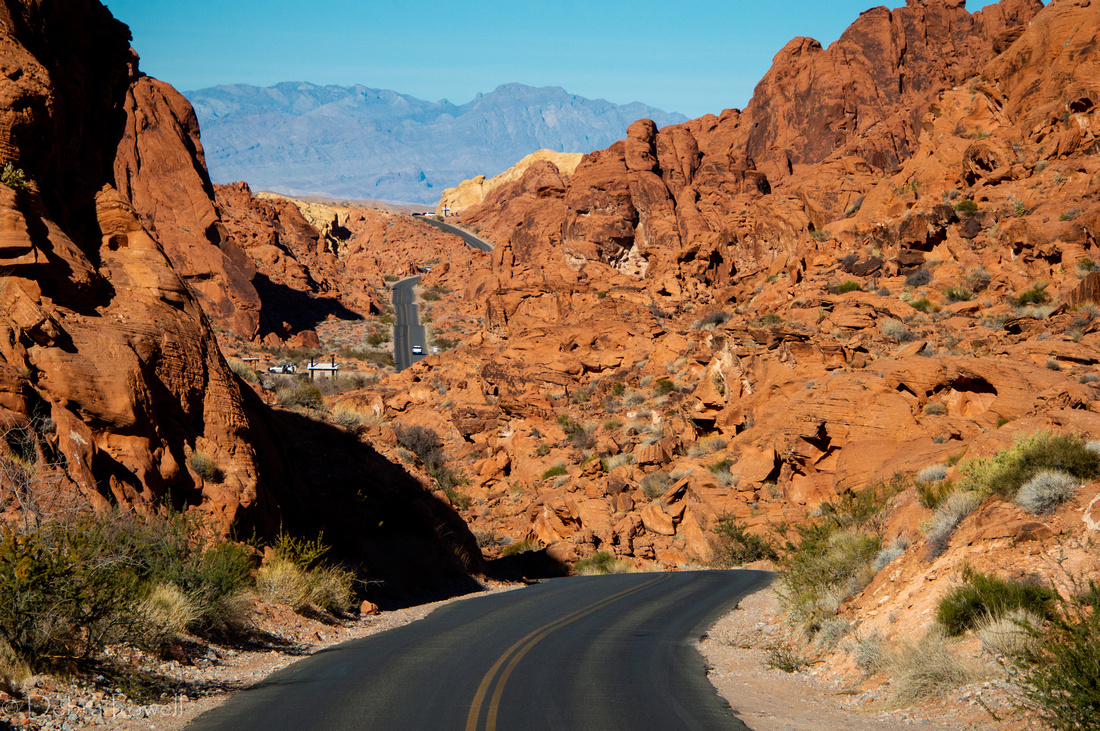 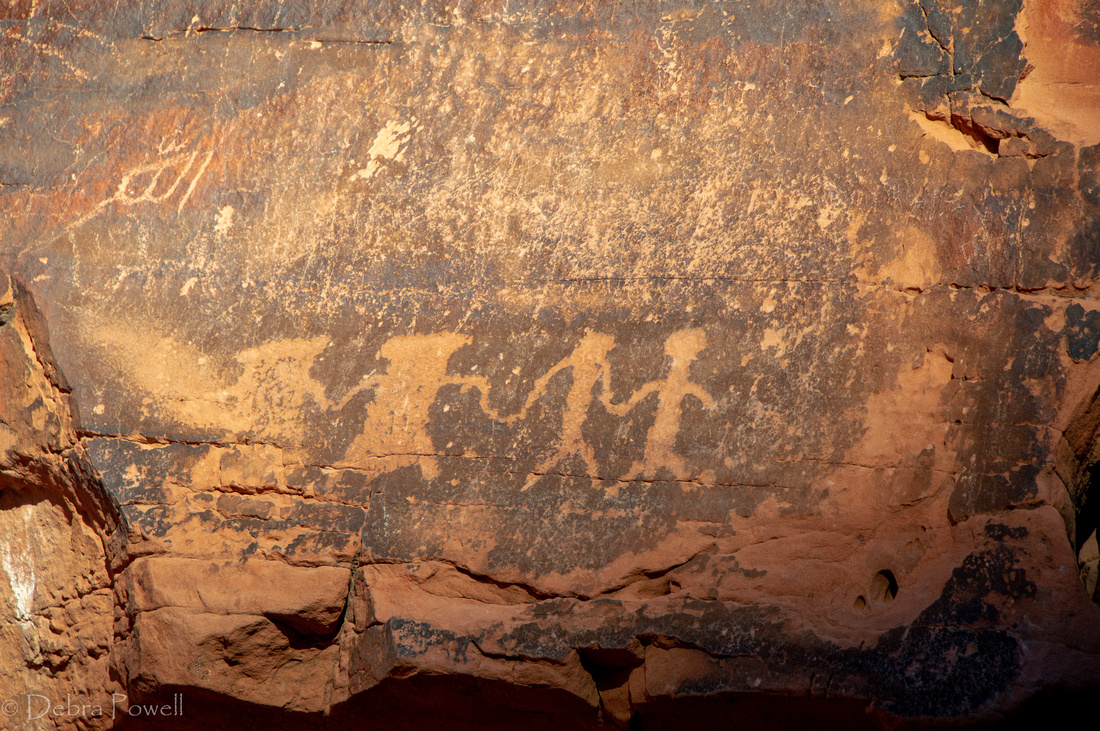 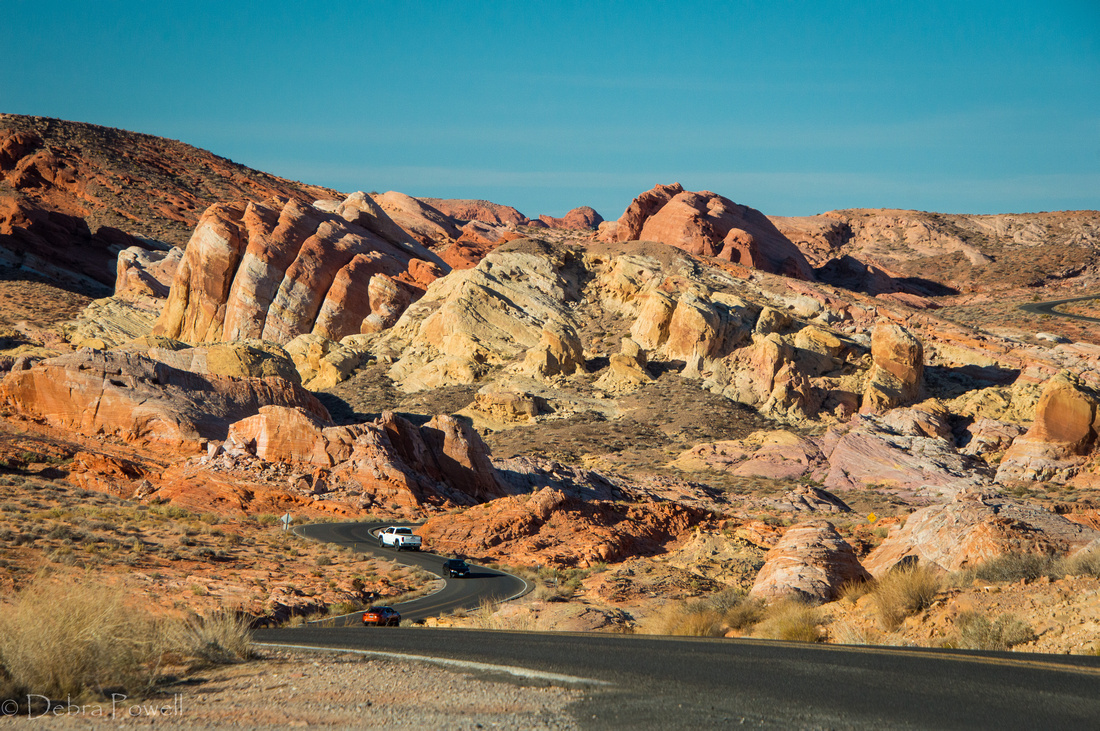