MOVING FROM TIME TO TIMELESSNESS

This is a phrase I often use when talking or thinking about my photography practice and the effect it has on my life.  Yes, photography is a practice, like meditation or yoga or working out.  It’s like anything else we decide to intentionally make time for in our lives.  The person who gives their time, intentionally and mindfully to anything, has a practice.  Among other things I practice, like meditation and spiritual study, I have a photography practice. There’s some overlap between my practices of choice.

The time I spend out in nature, that is, out in the field, is a time that is holy to me, kind of like a sabbath.  The only person I spend part of this time with is my roadie (husband), but I do usually get out for a local shoot once a week or so, which I do entirely alone.  During this time, I seem to be focused (excuse the pun) almost entirely on space, as opposed to time.  I’m looking at objects in space and attempting to frame up a good composition.  I’m physically and spiritually appreciating the beauty of nature; the nature I find in the space that surrounds me.

At the same time, my photography practice makes me acutely aware of time, because you see, the camera is a time machine. Arriving at the right place at the right time to be present for the light is an act of working with time, irrespective of whether you have a camera in your hand; but if you do, you have a way to manipulate time that was unavailable to previous generations until the advent of photography.  There was nothing even remotely like a camera until 1816, and then, the technology, such as it was, was not available to the average person.  Photographic film wasn’t even invented until 1885.  Cameras became more popular and more in-use gradually, until today, everyone can carry a very powerful one around in their pocket, and many do – including me!  I love my cell phone camera!

Anyone who has taken a beginning photography class, is aware of what is called “The Photographic Triad.”  This consists of shutter speed, aperture, and ISO (or ASA if you prefer).  Make no mistake though, there are still only two building blocks to our reality, and those are known as time and space, “the time/space continuum,” sometimes called the fabric of time and space.  Graphics I’ve seen that describe this visually, make our galaxy and the planets in it, look like they are connected by squares of flexible graph paper.  Time and space are the building blocks of some basic things like, oh … gravity, for instance.

So, returning to the photographic triad, we have shutter speed, aperture, and ISO. Every one of these things is a way to adjust how the camera records time.  Beginning with shutter speed, well, any phrase with the word speed in it, refers to time of course. Speed is an attribute of time.  So, if we adjust the shutter to click more slowly, we’ll end up with blurring in some cases, depending upon the subject matter.  On the other hand, long exposure photography can be a lot of fun to play with.  The image that is created has taken place over at least a second or two or three, or maybe even longer … some of the coolest shots I’ve seen that take advantage of long exposure, are photos of falling water, clouds moving across the sky, or the headlights and taillights of cars on the highway. Setting your shutter speed to click faster, will give effects like water bursting out of a hose in individual droplets.  I used to love to take pictures like this when my kids were little and playing in the sprinkler or with the hose.

If instead, you choose to adjust the aperture, essentially the same thing happens.  When you adjust the aperture to a lower number, say 2.5 or 3.0, which is a very wide-open lens, (in fact some camera lenses won’t open that far) you let in more light.  When you let in more light a couple of things could happen, depending upon your other settings.  1.  it could wash out the photo, making it too light, or over-exposed.  2.  Your resulting photo could have too much “noise” or it could appear grainy, as we used to call it in the film era.  Some forms of photography call for this though, like for instance, photographing The Milky Way.  This is the only way I know of currently to capture all those little points of light and color in your night sky images.  Milky Way photography also uses long exposure, but you don’t want to go too long either, because otherwise you get star trails.  I’ve done very little of this kind of photography myself, although I admire the images of those people who are good at it and have the appropriate kind of technology to do it justice.

If, on the other hand, you go the other way, to an aperture with a higher number, like F-16 or higher as an example, you will have a setting which will reduce the amount of light coming into the camera.  Light is a time element, believe it or not.  More time = lighter image, less time = darker image.   When you allow less time, everything gets darker, but it also comes into much greater focus, kind of like putting decisions off to the last minute.  When time is of the essence, we know that things come into very sharp focus mentally.  The same is true in photography.  That’s not always the best way to make decisions, and it’s also not always the best way to create an image, but there you have it.

ISO is the third side of the photographic triangle.  This is also a time element.  Once again, if you set your ISO high, you’re likely to get a very noisy or grainy image.  You’ll need special settings in your post-production software to eliminate the noise and bring out the colors.  Some of the newer cameras today have the capability of very high ISO settings, like 50,000 or something.  They keep perfecting the technology and its capabilities continue to expand, but you’ll need to be prepared to pay for this if it’s important to you.  Many landscape photographers use 100 ISO or even 64 ISO if their cameras will go that low.  This low ISO allows for much deeper color saturation and if you have a very slow moving, or stationary object, you’re not likely to need to set your ISO that high.  You’ll still need to use a tripod at these ISO settings, or you’re likely to suffer some blurring of your images. If you want to go without a tripod, you’ll need to up your ISO to at least 200 or possibly 400 depending upon your other settings. Wildlife photographers use a higher ISO because their subjects are moving very quickly sometimes – think birds in flight.  You’re not likely to get a clear picture of a bird in flight with a low ISO like 100.

So yes, the camera is a time machine.  It records time and allows the user to manipulate it a bit. This was inconceivable less than 150 years ago.

If I could take this just a step further, I would say that time is the one element that controls everything.  This one element controls space and all the objects which comprise it, as well as the use of the time machine known as the camera.  Everything that exists would not exist were it not for the element of time.  The galaxy and all the planets in it, the universe and all the galaxies in it, all formed over the course of time.  Except for the time machine known as the camera, there has been no way at all for humans to control it.  Even more than the designation of time zones, and the advent of time keeping devices like clocks, the camera gives us a way to expand or contract time at will.

Just a little teeny tiny unimportant thing to think about in your copious spare time. 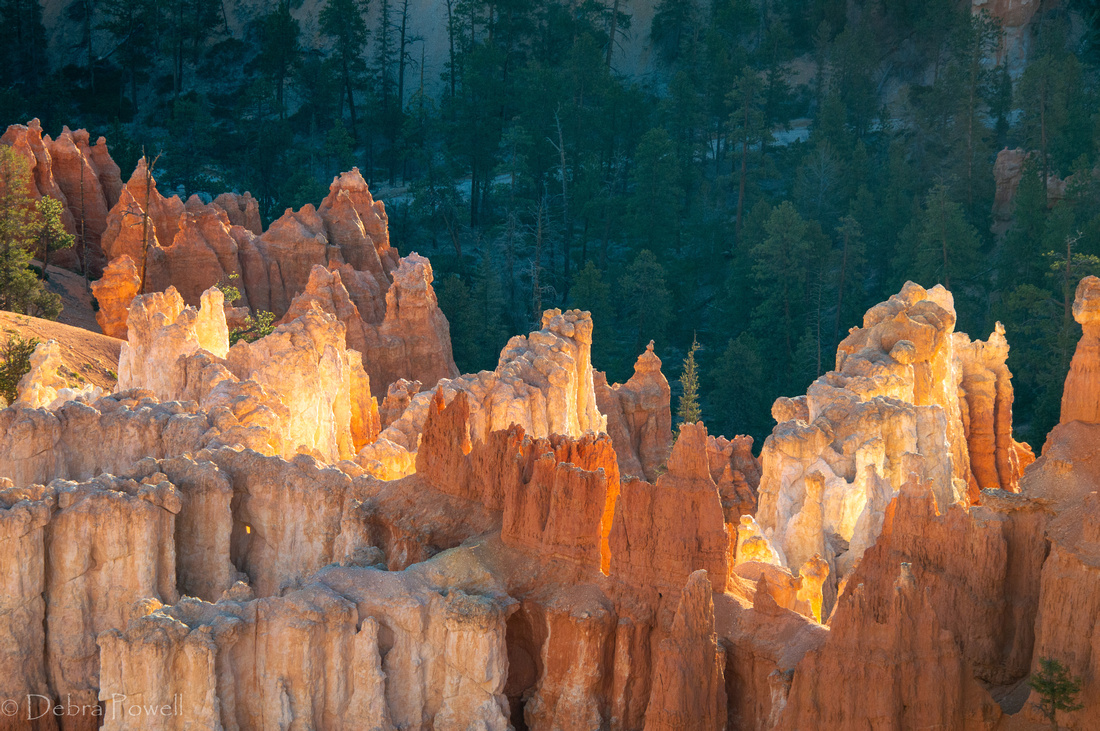